This week for me has been all about Fertility Education. I could write an essay about it but I’ll try and keep this as brief as possible because I’ve got a book to write and a festival to promote (talking of which have you bought your tickets yet? They’re going like fresh eggs if you’ll pardon the pun and read on…).

On Friday I attended a major summit on Fertility Education at the Royal College of Obstetricians and Gynaecologists (RCOG). Professor Adam Balen, Chair of the British Fertility Society, opened the event with a brilliant presentation stating the facts. In just one generation the number of women coming to the end of their fertile lives without children has doubled and the number of children born from fertility treatment is growing. And one of the key reasons for these two things is that women are increasingly leaving it to the latter part of their fertility life cycle to conceive and because of the decline in the number and quality of a woman’s eggs as she gets older it means that many are struggling to have a baby (some with success, some with failure) and some women are not even getting the chance to struggle at all. What’s more the results of a survey, just completed, amongst 1000 young people throughout the UK showed that there is still an inaccurate understanding of fertility aging and what’s fascinating is that although most young people questioned said they wanted their first child in their late twenties this is clearly not what’s being borne out in reality because societal circumstances such as completing education, building careers, meeting the right partner and getting your first home are not enabling the conditions for this to happen. There were a host of interesting speakers at the event including Alex Jones from the BBC’s One Show who is making a groundbreaking documentary on fertility. She said she was shocked by the lack of understanding about fertility aging amongst her peers and later that evening her comments went straight to the top of the Daily Mail sidebar of shame.

I’ll come back to the conference but things actually started for me on this subject the day before when I was invited on the Victoria Derbyshire show on BBC2 to talk about my views. I appeared with, amongst others, Professor Geeta Nargund (who is currently leading a fertility education pilot in London schools) and actress Tina Malone (of Brookside and Shameless). The thing that really shocked me is that of the five women featured, Geeta and I were the only ones that strongly felt that better fertility education for school-age children is needed. In fact Tina’s opening statement was that she felt it was ethically and morally wrong!

The next day at the RCOG, Tina would have been in the minority. Most of the audience was already converted. Doctors, scientists, charity leaders, educators and young people themselves were all advocating for the importance of better sex and relationship education in schools. One of my favourite speakers of the day was Professor Soren Ziebe from Denmark . He opened his session by asking how many of the audience were parents. The vast majority put their hand up. He then asked them to keep their hand down unless they disagreed with the statement ‘that having children had been the most important thing that had happened in their lives’. This time nobody put their hand up. Everybody kept it down. My heart-rushed. Of course it did. But this blog isn’t about that, it’s about fertility education.

Essentially Professor Ziebe’s thesis was that given the audience’s answer, we owe it to young people today to educate them better about fertility aging because if we don’t we might be denying them the chance to become parents. In Denmark they have started to do this by a major intervention programme including a high profile advertising campaign asking women: ‘Have you counted your eggs today?’ as well as a prime time TV show called ‘Fuck for Denmark’. He said it’s got people mad but they have got the message.

So in the Q & A session at the end of the day, I decided to ask a direct question. I said: given everything we’d heard about fertility aging did the panel feel we should be encouraging women to have children in their mid twenties at the biologically optimum time?’ I specifically asked them to answer in one word and everybody said ‘no’. I’ll say it again to make sure you read that. Every single person on that panel said ‘no’ (NB. it didn’t include the Professor from Denmark).

The problem is we women have fought so long for equality. Like all those women in Denmark, we don’t want anyone telling us what to do with our eggs. And yet, let me remind you, that every single person in that room who was a parent said that having children was the most important thing that had ever happened in their lives. So I now feel that it’s my turn to answer the question and I hope you’ll forgive me for taking the liberty of using three words not one. And they are: ‘No but Yes’.

Because of course, like the panel, I believe in education and choice (I said exactly that on the Victoria Derbyshire show) but the truth is if women want the best chance of having their own biological children with the least risk of the heartbreak and cost of struggling to conceive and going through fertility treatment which may or may not work then surely the answer has to be ‘Yes’. And I know that brings issues of women’s equality in education and in the workplace and in the home. I also know the struggle that women have gone through to achieve everything we have so far. But sooner or later we’re going to have to tackle this issue as well. Sorry sisters, but we are. 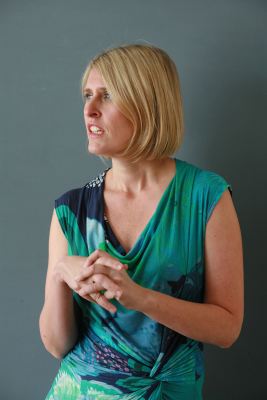 the pursuit of motherhood